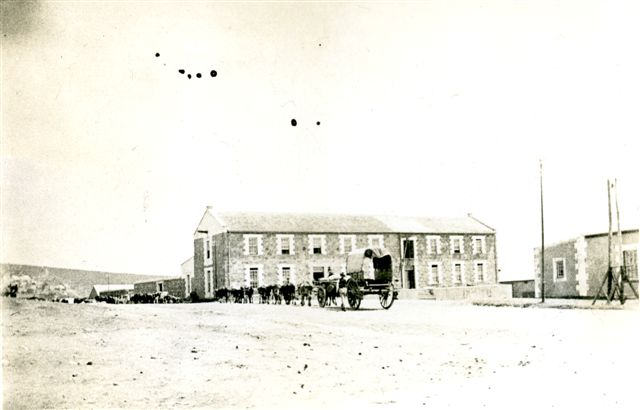 This is one of the oldest business premises in the Southern Cape and was erected 1847 as a warehouse and trading station by the wholesale firm Barry & Nephews of Swellendam. The firm’s coasters conveyed goods between Cape Town, Port Beaufort, Malgas and Mossel Bay. The building was situated in a dominant position overlooking the market square and jetty. Its stone walls were originally un-plastered and the windows have quoin surrounds. The original roof was of slate and the windows timber sashed. Originally 5 bays enlarged to 9 bays by 1865.

The building was later bought by Hudson Vreede & Co, and was enlarged in 1900. In 1941 it was purchased by the Golden Ochre Company. This firm mined ochre clay in the Albertina district and railed it in to Mossel Bay where it was milled in the factory until c1964. The ochre was exported to England for use in the manufacture of paint. A watercolour of the building, dated 1856, by Bowler, may be seen in the Cape Town Parliamentary Library.

Make Your Own Gin!

Nestling on the Mossel Bay shoreline with the majestic Outeniqua mountains as a backdrop,