How to spot a whale 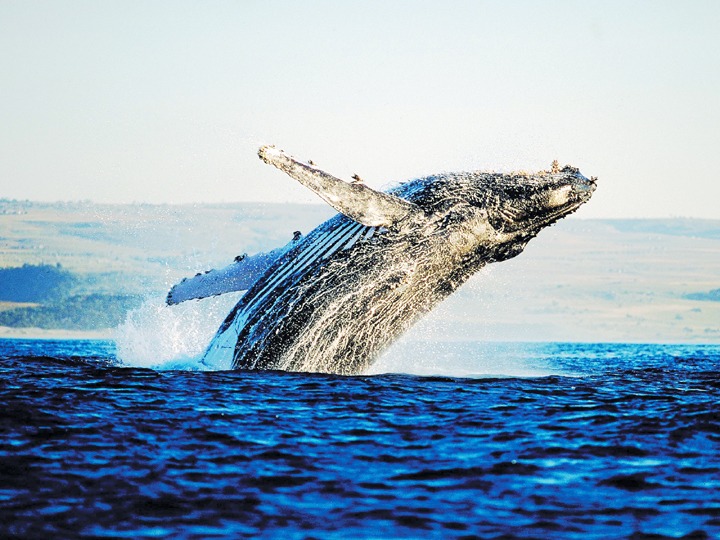 Winter time is whale watching time in Mossel Bay, as the Southern Right whales migrate to the coastal waters of the Western Cape to mate and calve.

You can meet them up close and personal during a boat-based whale watching excursion on the Romonza, or – if you’re lucky – see them from one of the many elevated spots along our coastline. The Point area, Dana Bay, Reebok (Midbrak) and the St Blaize hiking route provide great vantage points for whale watching. 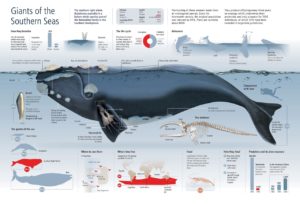 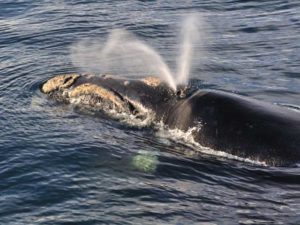 Not sure what to look out for? Here are some tips that may help you see and identify them, and what they look like at the surface.

Adult Southern right whales can measure up to 15.5m and weigh as much as 60 tons. Females are larger than males. Calves are 4m in length at birth.

You can identify a Right whale by its stocky body, lack of a dorsal fin and callosities (raised patches of roughened skin). Its tail is broad, black and deeply notched with a smooth trailing edge.

Life History
Females give birth to their first calf at about 8-10 years old. Gestation and weaning both last about a year. Females produce calves every 3 to 4 years. It is thought that right whales live at least 50 years, but there are few data on their longevity; closely related species may live over 100 years.