Meet me in Mossel Bay – For the Adventurer 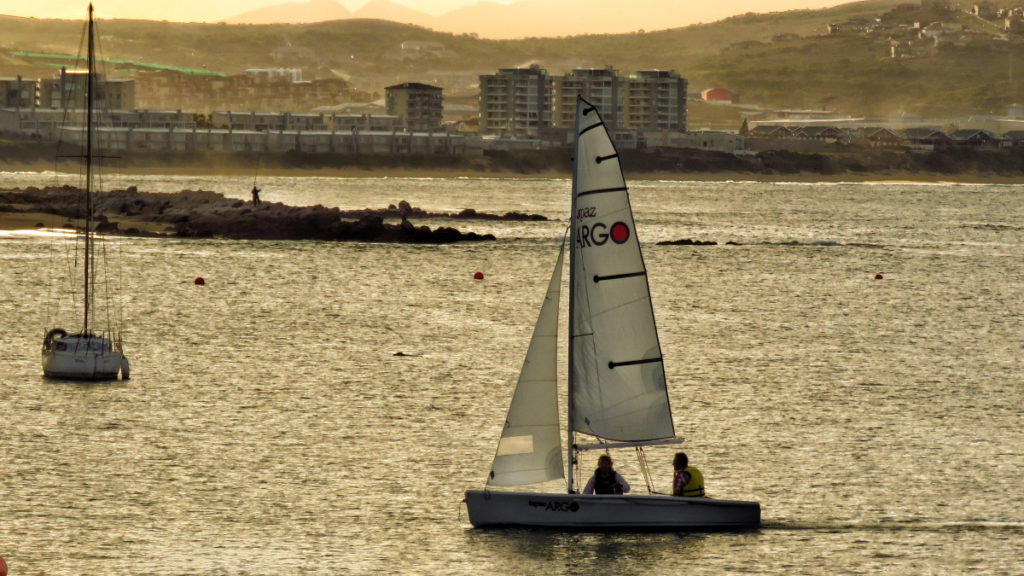 Mossel Bay was a sleepy little town when I got to know it the first time, back then there were a few houses, beach shacks were the norm and surfing was the adventure you engaged in. But since the discovery of offshore gas the town that holds some of the most extraordinary histories in South Africa has evolved into a coastal hub and many have made it their home. The quiet town became a “go to” destination with a flair for adventure, culture, food and extraordinary discoveries.

As an adventurer my journey to Mossel Bay took me to the next level and my curious mind, insatiable appetite for artisan food and lust for adventure was soon pleased at the onset. Mossel Bay with its vast spread reach is more than just a town, it’s a countryside, a natural beauty and a heartbeat of hospitality. The warm people here are earthed and ready to share their experiences, knowledge and passions.

Let the adventurer in you free. Pack your gear, I mean really pack your adventure gear before leaving home. Dust off those boots, rip out the costume, throw in a sun hat and get ready to breathe in the coastal air, feel the salty ocean spray on your skin and enjoy the soft sunlight of a destination that has the most moderate climate on earth. For it is here that if you think it, you can do it.

Let start with the ocean and its protected bay. Besides the seaside activities the local focus of the town is the harbour area and its right here that the fun begins with sharks, yes you heard me, Sharks!!

Shark Cage diving is one of the best ways to experience the closeness of a Shark and the focus is on Great Whites. My adventure took me to White Shark Africa where the friendly staff introduced me to this exciting activity. Isn’t it so that the Great White Sharks have always fascinated us humans and the mere thought of viewing this huge graceful creature that is so perfectly adapted to its environment is a thrill on its own. They have patrolled our oceans for longer than we care to remember with their stealth mode behaviours instilling fear in the heart of most. But it’s the mystery of this powerful hunter that intrigues us and lures us into taking a closer look.

Once in the ocean, the feeling of the cold-water rushes over you as you lower yourself into the mechanical structure, the metal bar in front of you becomes your pivot and as you listen intently for the voice up above, waiting for the “down” word. Down!!

You take a deep breath, lowering into the crisp cool water looking for the dark shape in the distances, in a split-second you see the features of one of the oceans top predators, she glides past, if I could gasp I would, a wow escapes through my lips and she disappears into the blue water that surrounds us. I then remembered I was holding my breath. I pop out and the euphoria takes hold of me. Wow, again and you ready yourself for the next plunge into the blue.

Later one as you head back to shore the images still flicker in your mind and you are stuck with a stupid grin on your face, the sticky salt feeling on my skin still reminds me of what just happened. Really, try this….

Let’s get into the Countryside – its early morning and I take the back roads to Klein-Brak, just outside of Mossel Bay, the gravel roads crisscross the farmlands before approaching the foothills of the Jonkersberg region. Its here you will find Botlierskop The Iconic Botlierskop “koppie” appears in the distance, the reserve is named after this rock due to its resembling future of a cork for a wine bottle, according to history the name Boteler is rooted in the old French translation a “bouteiller,” a name for someone who was in charge of the wine cellar. I like that…(silly smile). Today I’ll be going exploring this Private Nature reserve on Horseback.

Not long after my arrival I stepped into one of the most beautiful stables I have ever seen, it feels like an exclusive Cowboy Ranch. The rustic elegance appeals my earthy sense and I’m caught up in the moment. I chose a riding hat, discussed my horse option and stepped into the horse paddock. The crushed stone crunched under my soles as I approach my horse, Morne. I got into the comfortable riding saddle, adjusted my stirrups, got a feel of the reins and headed out with our guides.

The freedom of actually experiencing wild animals on the back of a horse takes game viewing to the next level. The animals are relaxed and carry on with their daily habitual routine as we observed them from the raised view point. We worked our way over the grasslands and wind through the rock-strewn “koppies” The horses are well trained and responded to my body movements with a mere adjustment. The hour spent in nature is relaxing and with renewed energy we completed our ride. I walked back to the Botliers restaurant and visitors centre while gazing over the area, it’s not hard to see why this is such a well-loved place, the detailed care shows.

The Coastal Cliff of Mossel Bay – its on day 3 that I made my way to Boggoms Bay a small hamlet in the Gouritz region. Most people don’t even know of its existence and it is only visited by a few that has discovered this untouched region. Unlike the modern-day era we live in, this area was of great importance to the seafarers and traders and of the 17th and 18th Century. I spent my first day here hiking a small portion of the picturesque Oystercather Trail.

The 9 kms of coast was a guided discovery of inter coastal marine life and fauna & flora of the area. We strolled the beachy stretch between Boggoms bay and Vleesbaai, clamber over the rocky outcrops and navigated the narrow footpaths of the staggered coastline, each corner delivering a more scenically breath-taking moment.

The untouched beauty of the Fransmanshoek Conservancy that tells the tales of coastal life in the whispers of the wind and crashing of the waves. Where small animals flourish among the dunes, rocks and cobble shores. It’s here that many a sailor traded his goods for fresh flesh with the Khoi people and scooped clean water from its fountains. Today history of the yonder years have been captured and conserved for many that want to explore and discover along this rugged coastline. What a beautiful place to visit.

Take your restless soul and explore !