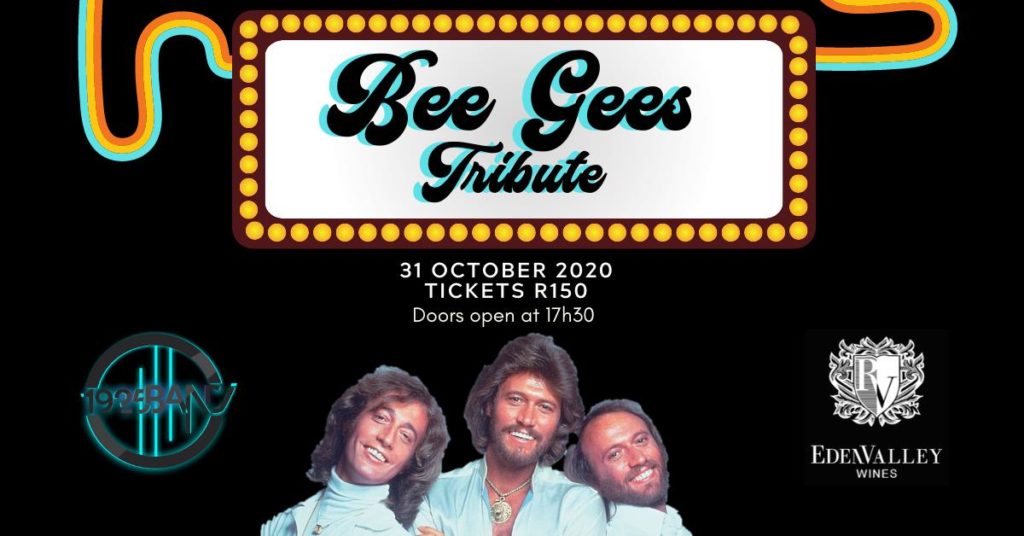 Doors open at 17h30, show starts at 20h00. The Bee Gees – Three brothers, Barry, Robin and Maurice Gibb from Manchester England, were incredibly talented musicians, who wrote some of the best songs not only for themselves but for other artists as well. With perfect harmonies and unique voices, they became one of the biggest music groups in the world!
1925Band – Three brothers, Reno, Jeff and David-Lee Gericke from Cape Town, is starting to shake the music industry with their unique sound and vocal harmonies. They have made their mark in the music industry in the past 7 years and they now decided to step it up…
Back by popular demand at ReedValley!! With songs like “Islands in the Stream”, “Tragedy”, “To love somebody” and “Words”, they will bring back memories of who the Bee Gees were and what they did for music.
Cost – R150.00 per person
Mobile – 044 698 1022
Previous Post
Next Post