A Passage To India @ Monroe Theatre 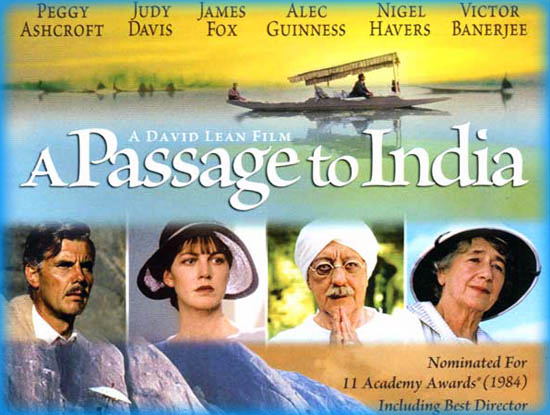 It’s the early 1920s. Britons Adela Quested (Judy Davis) and her probable future mother-in-law Mrs. Moore (Peggy Ashcroft) have just arrived in Chandrapore in British India to visit Adela’s unofficial betrothed, Ronny Heaslop (Nigel Havers), who works there as the city’s magistrate. Adela and Mrs. Moore, who long for “an adventure” in experiencing all India has to offer, are dismayed to learn upon their arrival that the ruling British do not socialize, let alone associate, with the native population. Such people as the Turtons, Mr. Turton (Richard Wilson) being Ronny’s superior, who openly thumb their noses at the idea in their belief that the Indians are an inferior people. They are further dismayed to see that Ronny adheres to that custom in not wanting to jeopardize his career. At the local white only club, Adela and Mrs.Moore find a like-minded Brit in the form of Richard Fielding (James Fox), the school master at government college, who offers to organize a small.