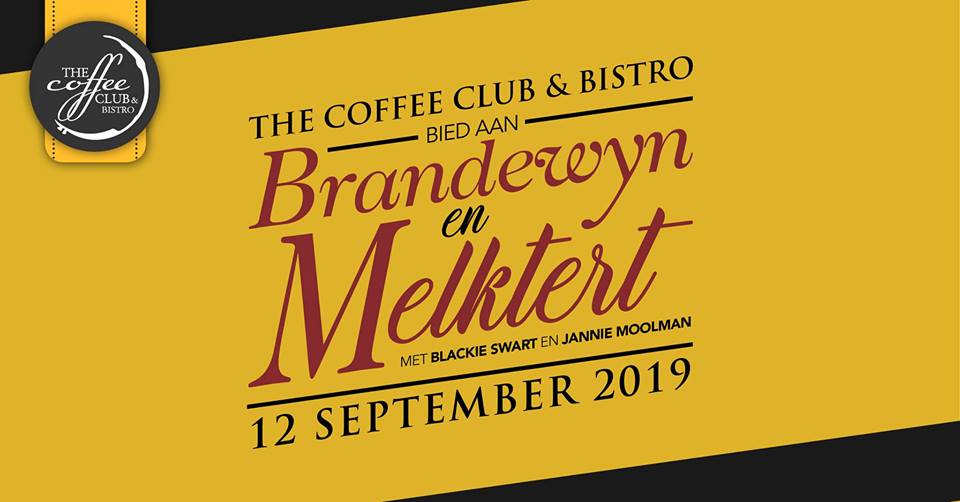 So is the music of Blackie Swart and Jannie Moolman – 90 minutes of music by two legends. Blackie is more than just Dear Lulu and Jannie is more than just Nessum Dorma. From Dear Lulu to Mozart, from Dire Straits to Engelbert Humperdinck and in between Koos du Plessis, Johannes Kerkorrel, Lucas Maree and a few nice surprises to round off the evening. Brandy and Melktert are an evening filled with nostalgic music by two legends of the Afrikaans music industry. In between, the humor doesn’t lag behind either, and anecdotes from their hundreds of performances and various tours make the audience laugh.

Jannie and Blackie have both been in the music industry for more than 20 years and together with producer Giep van Zyl have devised a concert that will be widely appreciated. In Brandy and Melktert, audiences will not only hear about Jannie and Blackie’s most famous music, but they will also sing and play music from their own heroes. Each of them is taken slightly out of his own comfort zone with a few challenging songs and they also sing new music that will soon appear on each of their brand new CDs.