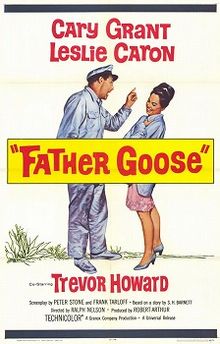 On an island in the South Seas, Walter Eckland (Cary Grant) lives a quiet life. That changes when he’s persuaded to serve as a lookout for the Allies, watching for enemy ships. Eckland, whose main interest is drinking, proves bad at his job and is sent to fetch a replacement from another island. Instead he finds a stranded teacher, Catherine (Leslie Caron), and her pupils. After Eckland brings the group to his island, romantic sparks fly between the prim schoolmistress and the slovenly