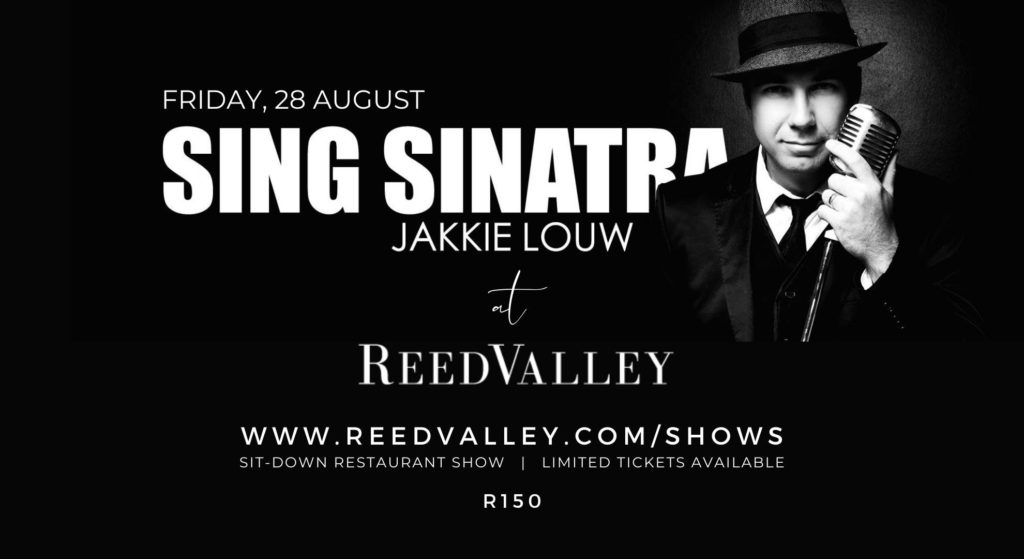 Come and have dinner at Reed Valley on the 28th of August 2020 and be transported to New York in its golden era:
Jakkie Louw takes you on a life journey through old New York New York’s Broadway and through old Hollywood’s streets where old blue eyes as a young man stole short hearts with a few notes and, as part of the mob, became a legend.
When you close your eyes, young Frank Sinatra stands in front of you on stage and sings his heart out. You might just shed a tear when you hear the stories about his most famous songs. He just did it his way.*Restaurant sit-down show, limited seats available*
Cost – R150 per person
Mobile – 044 698 1022
Email – wine@reedvalley.com
Previous Post
Next Post