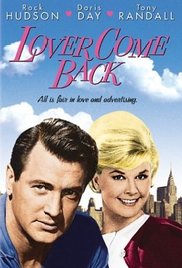 Jerry Webster and Carol Templeton are both in the advertising business, but for different agencies. Annoyed by Jerrys methods of using alcohol and women to ensure contracts for his agency, Carol tries to get him thrown out of his profession. To avoid this Jerry bribes the girl whod testify against him, by starring her in a tv commercial for a product named vip that he`s just made up. By accident these comercials are broadcasted and to keep his job, Jerry has to come up with vip for which he enlists the help of doctor linus tyler. Carol goes to see the doctor to try and get the vip account, but because she and jerry have never met, she mistakes jerry for the doctor. Jerry then takes advantage of this situation to win her.