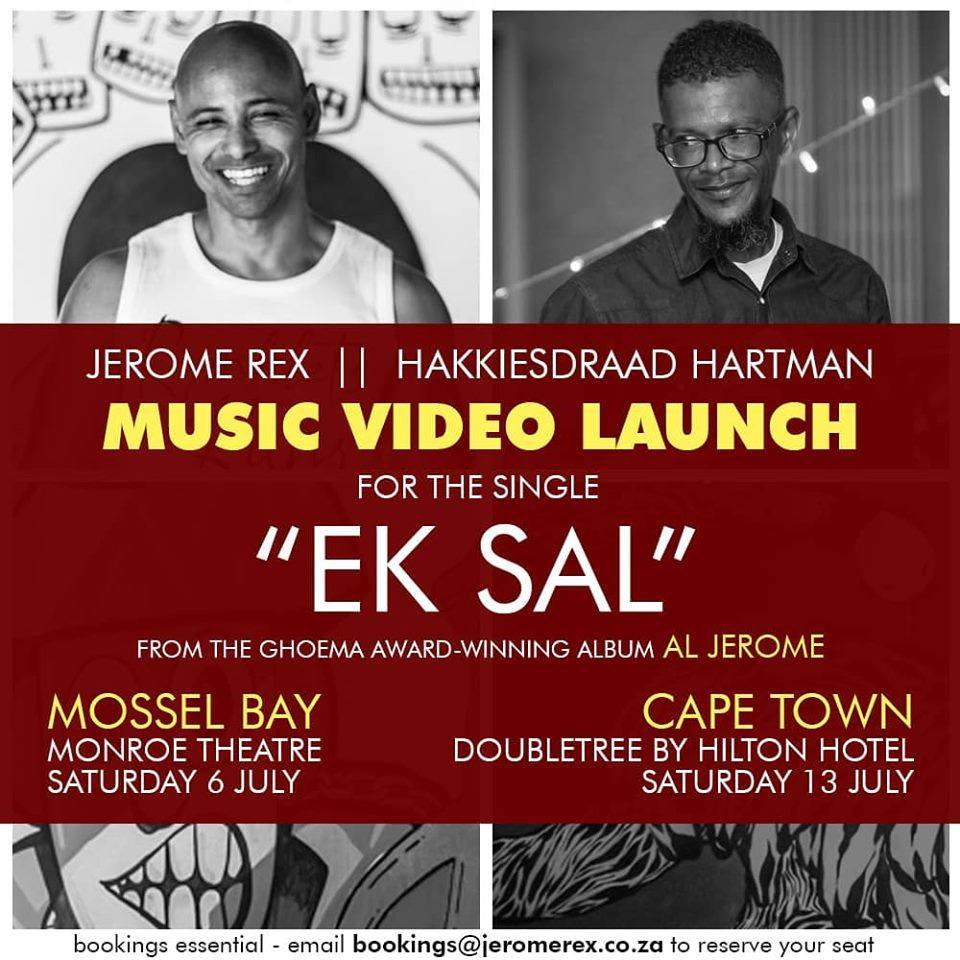 Filmed and edited by Gerald Petersen of Double Dutch Media, EK SAL is the second single off the Ghoema Award-winning AL JEROME album, and features a guest appearance by George native and legend of the Garden Route, HaKKiesDraaD HaRTmaN.

The song also boasts a guitar solo by Allou April.

To celebrate the collaboration between Cape Town and the Southern Cape, we have arranged twin viewing events – one in Mossel Bay on Saturday 6 July and another one in Cape Town on the 13th.

You can expect a mix by local DJs, a panel discussion with the cast, as well as some live performances.

We have limited seats so booking is essential!