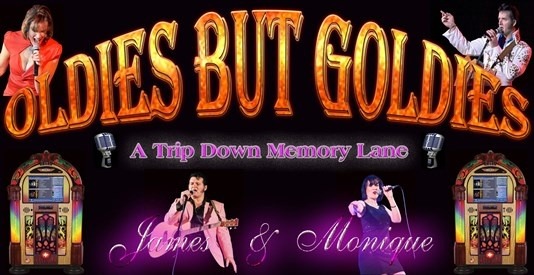 James Marais is well known for his Elvis Presley tribute shows.  He won the title of best Elvis Tribute Artist in 2010 at the Elvis Festival Africa in Storms River.  Thereafter, he went to Wales to represent South Africa in the Elvis World Cup and finished fourth in the competition.  He has also appeared as the guest artist on SABC 2’s popular game show, “Noot Vir Noot”. This time James has produced “Oldies But Goldies”, which pays tribute to other music legends, including Elvis Presley, The Beatles, Jerry Lee Lewis, Buddy Holly, Ritchie Valens, Eddie Cochran, Cliff Richard, Roy Orbison, Little Richard, The Hollies, Tom Jones, Creedence Clearwater Revival, Cher, Shakin’ Stevens, Queen and many more. There will be a special focus on the King of Rock ‘n Roll, Elvis, in all the eras when his music reigned supreme. Oldies But Goldies is a vibrant and colourful show which takes one on a trip down memory lane, with multiple costume changes.