One Night in Portugal @ Reedvalley 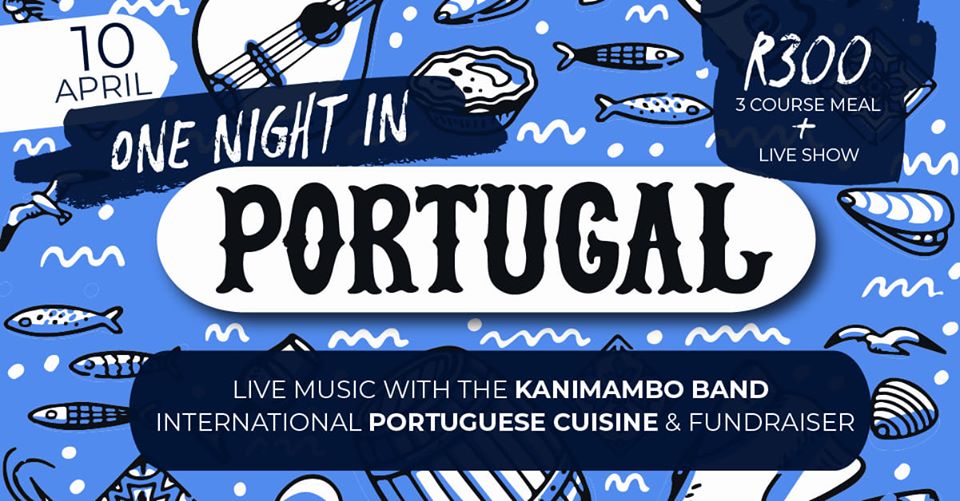 Join ReedValley Wine Farm in welcoming the Amigos Portuguese the Portuguese Consulate General and other dignitaries to Mossel Bay on Friday, 10 April. It promises to be a fun-filled celebration of Portuguese culture, music and cuisine.

Mossel Bay is known historically as the place where Bartolomeu Dias set foot on African soil in 1488. ReedValley hosts the Olà Portugal Festival every year over Easter Weekend and again in December to celebrate this proud heritage.

On the eve of the 10th of April, guests will be transported to the cobbled streets of Lisbon for One Night in Portugal at ReedValley. This very special event will feature a performance by Cape Town’s Portuguese dance band Kanimambo – this 7-piece live band offers a unique and diverse sound that will make you want to mambo!

No Portuguese-inspired event would be complete without outstanding food which is why ReedValley has invited international Portuguese chefs, also chef Cello Santos, to prepare special Portuguese cuisine for their guests alongside ReedValley executive chef Michelle de Jager, who has just placed third in the National Chaîne des Rôtisseurs Jeune Chefs Competition.

The event further serves as a fundraiser and an auction will take place on the evening too! Celebrity chef Cello Santas will be the MC for the evening… in the end, it’s all about having a good time for a great cause.

“We are very privileged to host the Portuguese Consulate General at our venue,” said ReedValley owner, Heidi de Jager. “We hope that with this evening – and the entire Ola Portugal Festival which will takes place twice a year – we can help the local community to connect with the town’s Portuguese roots and promote the Portuguese culture.”

Tickets cost R300 per person and include dinner as well as the live show, and are available online.