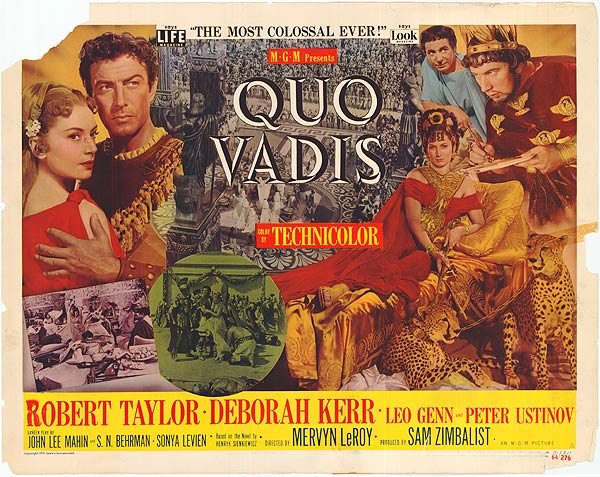 Returning from a military campaign abroad, General Marcus Vinicius (Robert Taylor) discovers that a new religion has taken hold in Rome: Christianity. When Vinicius encounters Lygia (Deborah Kerr), a follower of the strange religion, he quickly becomes smitten and tries to win her affections. Lygia is reluctant due to their differing beliefs. Complicating matters is the crazed Emperor Nero (Peter Ustinov), who blames the Christians for his own burning of Rome, beginning a wave of persecution.