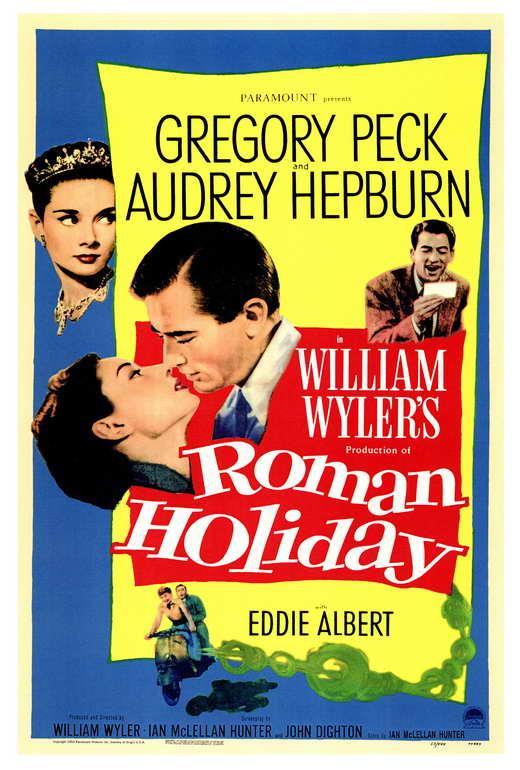 Roman Holiday is a 1953 American romantic comedy film directed and produced by William Wyler. It stars Audrey Hepburn as a royal princess out to see Rome on her own and Gregory Peck as a reporter. Hepburn won an Academy Award for Best Actress for her performance; the screenplay and costume design also won.

Price includes a small meal, desert and hot drinks are at extra cost.