The Day of The Jackal @ Monroe Theatre 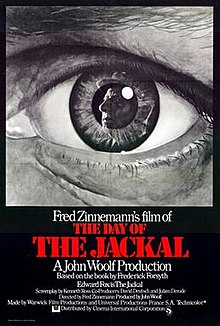 An underground French paramilitary group is intent on eliminating President Charles de Gaulle (Adrien Cayla-Legrand), but when numerous attempts on his life fail, they resort to hiring the infamous hit man known as “The Jackal” (Edward Fox). As the enigmatic assassin prepares to shoot de Gaulle, he takes out any problematic people along the way. Meanwhile, Lebel (Michel Lonsdale), a savvy Parisian police detective, begins to solve the mystery of the killer’s identity.