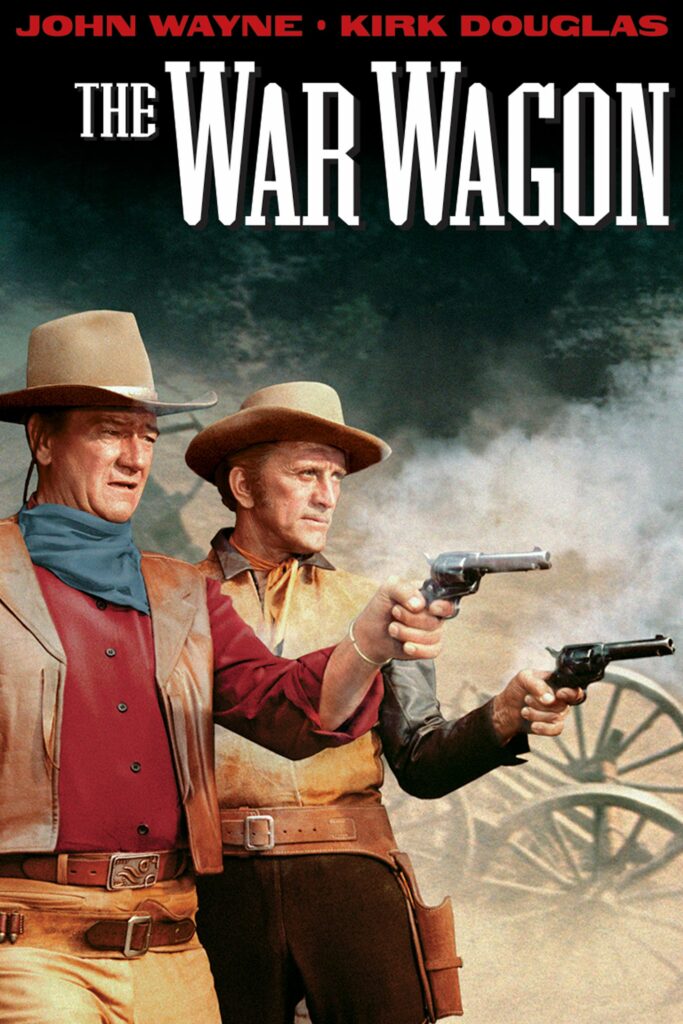 Rancher Taw Jackson (John Wayne) is out for revenge. He was shot by a gunslinger, Lomax (Kirk Douglas), on the orders of mining tycoon Frank Pierce (Bruce Cabot) and framed for a crime he did not commit. Now out of prison, he teams up with former enemy Lomax for an elaborate heist targeted at one of Pierce’s gold shipments. Robbing the heavily fortified stagecoach, known as a “war wagon,” won’t be easy. But the payoff — $500,000 in gold — will be sweet payback indeed.