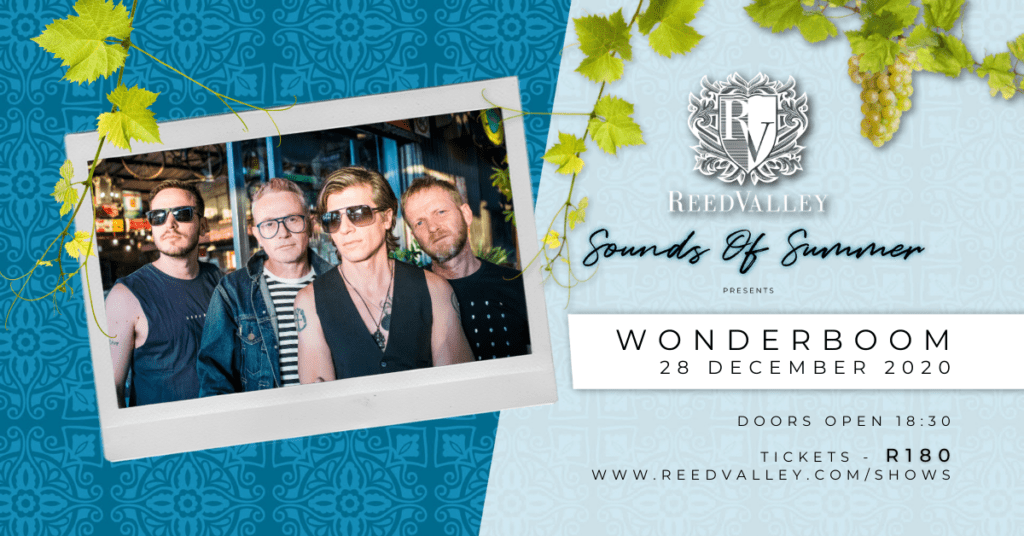 24 years on and WONDERboom are still rocking South Africa! It’s no small feat to be hailed as one of South Africa’s longest-lived and most legendary rock bands, and still going strong.

Although rock is the fundamental sound of the band, WONDERboom have delved into different genres, ranging from funk through to punk and even afro-dance. None can deny that WONDERboom’s biggest strength is their live performance. From festivals to nightclubs, the band just kicks ass – consistently!

WONDERboom have released 9 albums, headlined many major South African festivals and have been nominated for 5 ‘Best Rock Album’ awards in the South African Music Awards. They also won the South African leg of the 2004 Global Battle of the Bands & came SECOND WORLDWIDE at the finals in the London Astoria! There can be few South African music fans that aren’t familiar with their hits, like Never Ever, Jafta Rebel, Something Wrong, Green Fever, Africa, Shadows, Charlie, It’s Great to be Alive, Best Side, On The Radio, Karaoke Bar and now, currently on SA stations, Ooh La La, Southern Light, Praying Mantis and Hell.

Join us for an unforgettable show on the 28th of December!